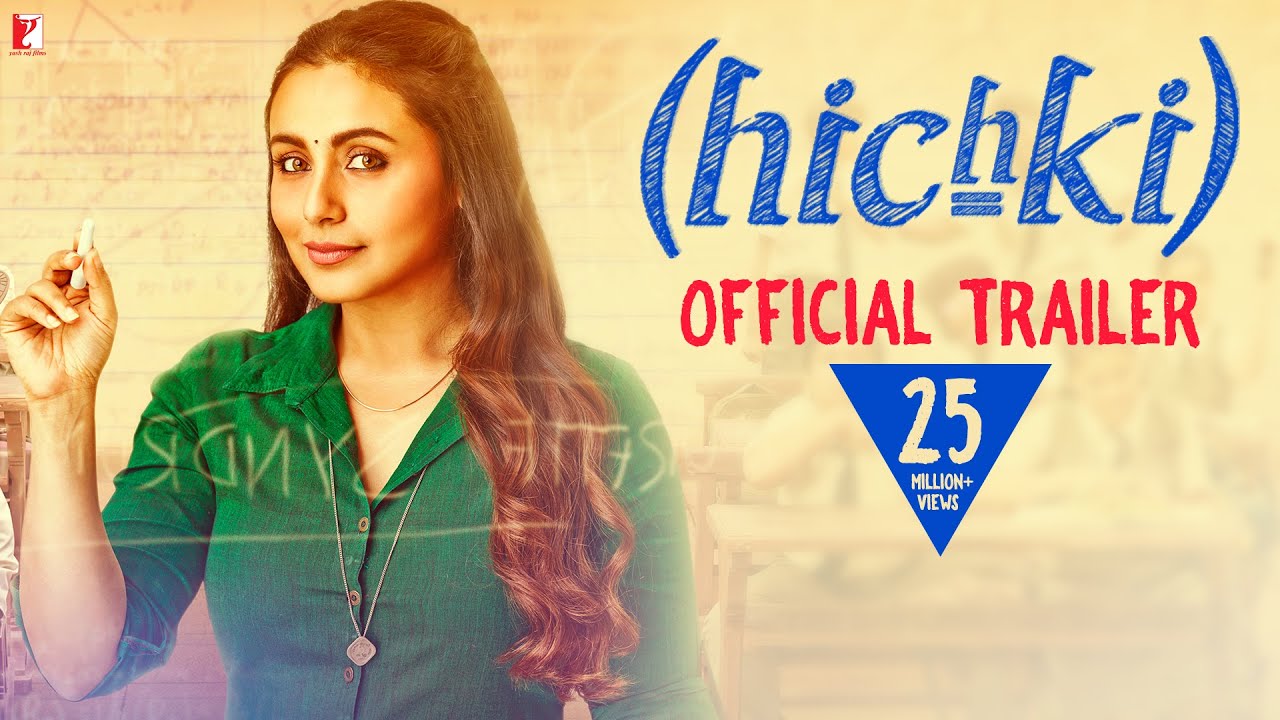 Hichki (English: Hiccup) is an upcoming Indian Bollywood film, directed by Sidharth Malhotra and produced by Maneesh Sharma under the banner of Yash Raj Films. The film is an adaptation of Hollywood movie Front of the Class (2008) though no official word from the film makers yet. The film stars Rani Mukerji in the lead

Bollywood star Amitabh Bachchan praised the trailer of actor Rani Mukerji’s comeback film Hichki by saying that the movie has been made by a generation that thinks in a different way. The actor took to Twitter to express his views on the recently-released trailer of the movie.

Directed by Siddharth P. Malhotra and produced by Maneesh Sharma under the banner of Yash Raj Films (YRF), Hichki celebrates self-belief, the resilience of human spirit and hope. The film is about turning disadvantages into opportunities and staring down at challenges and ultimately, winning over them.