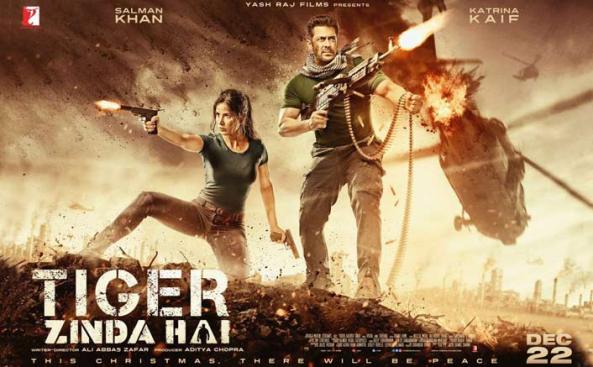 The much awaited trailer of ‘Tiger Zinda Hai’ is finally out and it’s jaw-dropping. After teasing the fans with first look and posters, the official trailer of the film has been released by the makers.

Sharing the trailer on his Twitter account Salman Khan wrote, “The time has come. Tiger is ready to roar! #TigerZindaHaiTrailer OUT NOW @TigerZindaHai @yrf”.

Salman and Katrina are in beast mode, blazing guns and kicking butts. The story of the film is about the Terrorism and World Peace. The Salman Khan-Katrina Kaif starer is a high octane thriller and espionage drama that brings action, adventure and thrills ahead of the curve.